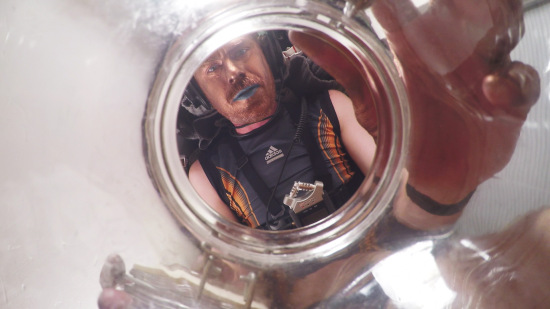 Every presentation of a work of video art can be understood as a kind of live performance, an immaterial, temporal experience, characterized by uncertainty and instability. In the same way that no single live performance can ever be exactly replicated, no viewer can ever have the same encounter with a recorded work more than once.

Space/Time Berlin is a new platform for bringing together video and performance artists whose work affects audiences’ experience of time. Our goal is to remove the separation between what is traditionally considered a screening and what is traditionally considered a performance by presenting these works in the same room, in the same time frame, for the same audience. By presenting work in this context, we hope to alleviate, rather than simply add to, the deluge of digital stimulation that infiltrates every aspect of contemporary life.

5 Works on Memory and the Unconscious
Sunday, 3 April 8:00 pm | Tatwerk